Taylor with Will Anderson 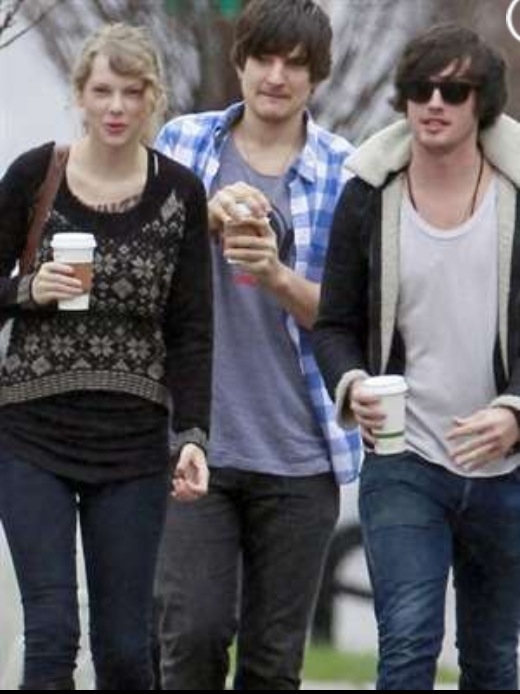 Taylor with Will Anderson, the lead singer of the band Parichute and the inspiration behind her song Begin again. They've been friends for years (he's been tweeting about her since 2009) and I don't think they were ever officially together but they at least went out on at least one date in the fall of 2011 (and they were actually seen together in a cafe on a Wednesday) and that's what the song is about. The other inspiration was Jake Gyllenhaal, that's what she meant when she said that she wrote the first and last song on the album about the same guy. She was talking about Jake because he's a fire sign and Will's not, therefore State of grace is about him. Anyway, this was taken around Thanksgiving 2011. Notice how they're drinking coffee, just like in the song. :)

booklovingswiftie says...
Jake might be drinking a Maple Latte...


That's not Jake, his name is Will. She went on a date or two with him about 8 months after dating Jake. He's the other guy Begin again is about.