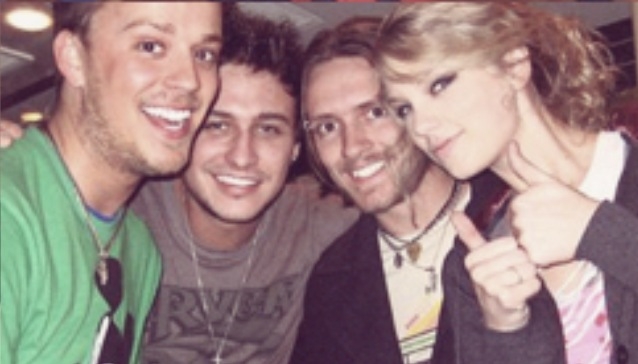 Taylor with the band Love in theft and another guy I think. Stephen (the guy in the green) inspired her song Hey Stephen. She had a crush on him in early 2008 when they were touring together with Rascal Flatts.