Taylor with another unknown guy at 16 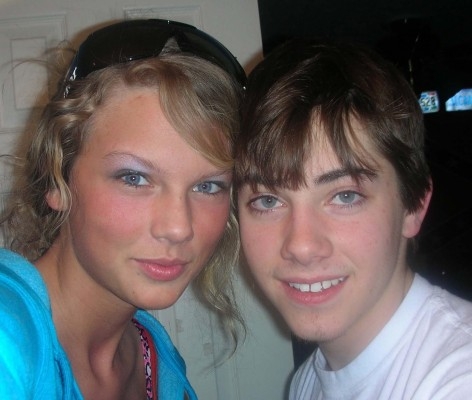 Taylor with another guy whose name I don't know. I have a feeling he's a family member of hers or just someone who went to school with her. I'm not 100% sure about that but she's wearing the same hoodie as the day she was in a NASCAR commercial and her family was there so I thought he was in her family but I also thought I saw him in GAC shortcuts in the background so I don't know. I know he wasn't one of her boyfriends and I don't think they were even close friends but she must've known him because they were together in this picture.